This week, we released our first 0.91 Android update that includes mission resume, playlist shuffle, and a ton of bug fixes, along with our long-awaited 1.3 iOS update that brought the final story mission for Season 1.

When our next 0.92 Android update comes out (very soon), we’ll have full ZombieLink syncing support for all platforms! All of these updates are thanks to Alex Macmillan and our new mobile developer Luis Ibanez. 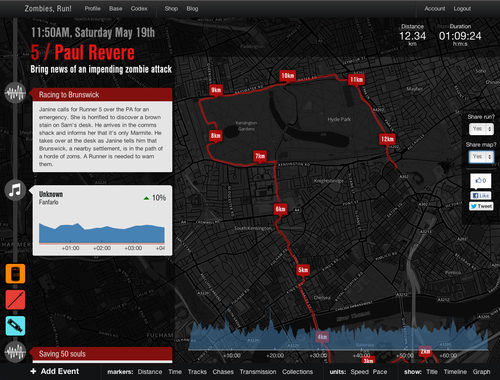 If you’ve been using ZombieLink to view your runs and maps, you may have noticed some changes and fixes over the last week – those are all courtesy of George Thomas, our web developer, who’s been doing continuous bug fixes and updates since its launch. There are plenty of extra features that’ll be coming to ZombieLink over the next few weeks and months including calorie tracking and improved graphs, and of course they’ll all be free!

Also – we want to see your best runs, especially those with your annotations! If you’ve uploaded a particularly great run that you’ve made public, let us know at support@zombiesrungame.com and we’ll mention them in our next blog post and on Twitter!

Speaking of that, we love where our fans are taking the world and characters we’ve created! We just discovered the super-imaginative and fantastic ‘Runner 5’ and ‘Runner 4’ set of unofficial role-play/ask tumblrs – check them out! (via fuckyeahzombiesrun). Plus the ever-talented Papernest has been making some great fan art as well! 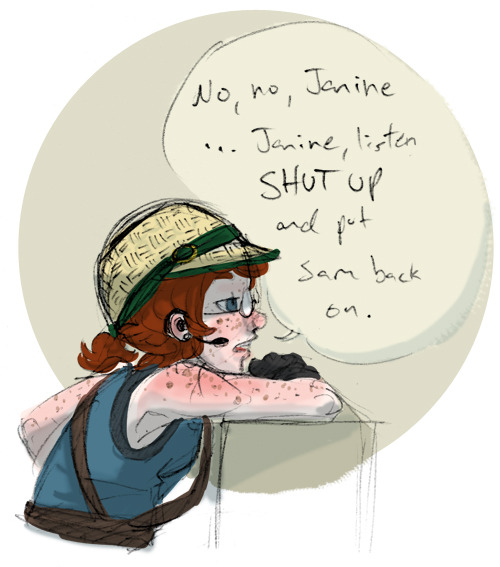 With the Android release, we’ve been able to take a little breather (oh, maybe 5 minutes long) and now we’re hard at work on bringing you more updates and features.

For Android, that means getting to 1.0, which will include things like the Codex, tutorial screens, improved GPS performance, radio mode, and many other tweaks. Since this is a bigger update, this should land in the next 3-4 weeks.

And of course, we’re not neglecting iOS – we’ve already begun work on the 1.4 update, which will have a number of new features and improvements that we’ve been meaning to do for a while, plus something that we know you’ve all been wanting for quite some time…

We’re also still working on the wicking shirts, but they will be coming! We’ve tested them out and they’re good stuff. And Looking further down the line, we’re also aiming to release our Beginner 5k paid add-on later this summer, and we’re pretty sure you’ll love the results!

That’s all for now, other than a shout-out to our industrious artist Estee Chan and all-round everything-doer Matt Wieteska, who’s been fielding all our support queries!

Stay safe out there!