Android. ZombieLink. Windows Phone. There’s a lot to talk about this month, so let’s get down to it!

The wait is over: Zombies, Run! has launched on Android! It’s early days yet and this is officially a 0.9 beta release, so there are still a lot of features to add and (undoubtedly) bugs to fix, but it’s there with 23 missions and the best text-to-speech engine on any platform!

We won’t say too much here, but it’s fun! 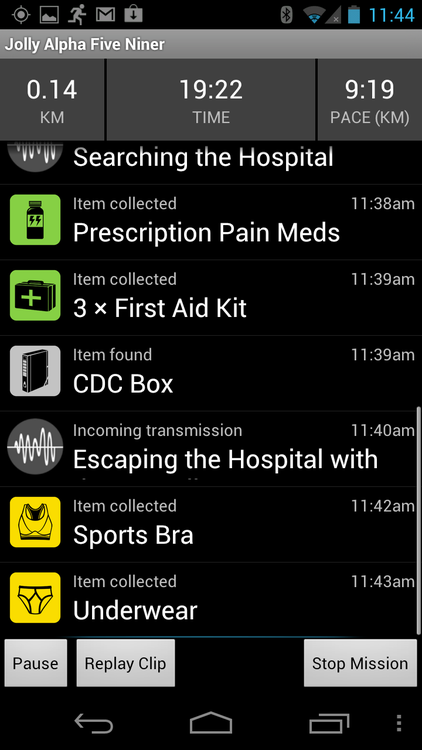 Seeing your run on a map is cool, but you know what’s even cooler?

Playing back zombie chases to see how much you speed up when the horde is nipping at your heels. Seeing all story and game events plotted on the map. Discovering which music tracks make you run faster and slower. Personalising and annotating your run history with fact and fiction. Visiting and improving your base, browsing the Codex and sharing your runs, all online. 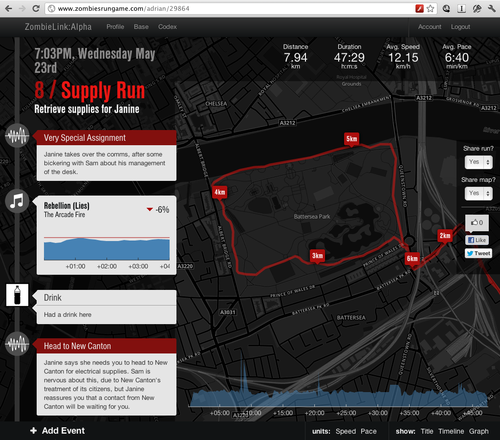 That’s what’s cool. And guess what? It’s all free and it works across all platforms. We’ll be supporting ZombieLink on iOS later this month and Android players will have it working from today, with map view coming later this month.

Your run data will automatically sync via your ZombieLink login, and of course, you have complete control over your privacy settings so you can just treat it as a run data backup service, or as a way to show your runs off to the whole world.

We’ll be adding more features and more content to ZombieLink over time, so this is just the start: Zombies, Run! has come to the web.

We’ve kept this a secret for a long time, but now we can finally announce that Zombies, Run! will be coming out on Windows Phone 7 devices later this month, thanks to the efforts of Microsoft, Nokia, and Matchbox Mobile! It’s a fantastic app for a fantastic platform, and naturally, it has proper Metro styling, Live Tiles, and ZombieLink support. Even better, there’ll be five exclusive missions! 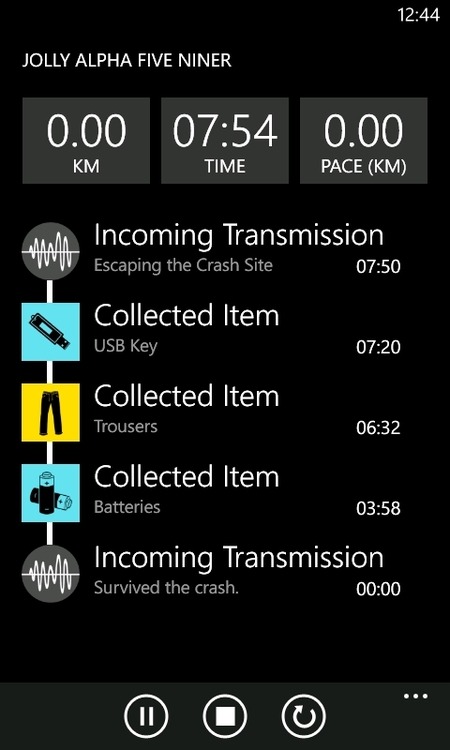 The app will be available on the Marketplace later this month!

The 30 missions comprising Season 1 have all been released (although the last story mission still needs to come to the iOS “Zombies, Run!” later this month), and we’re already hearing from people desperate for more story!

The good news is that we’re now in the process of editing the audio for more free and paid missions, including our Beginner 5K Training pack and Interval Training pack, plus something extra! It takes us time to edit these and to also develop the new features for the apps to support them, but believe us, it’ll be well worth the wait this summer.

It’s been a hectic few months for everyone working on Zombies, Run! – since our launch in February, we’ve been flat-out on developing the Android version, creating ZombieLink, recording more missions, and adding more features to iOS.

We’re not going to slow down but we do want to take some time to consolidate the different platforms and keep everything high quality – so please be patient with us!

For now, enjoy the new features and platforms, and stay safe out there!