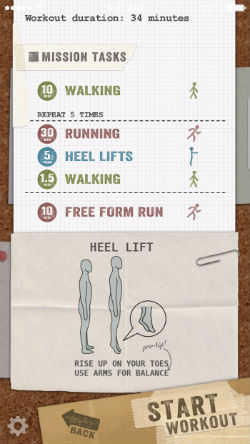 Just a quick note to let you guys know that we’ve updated Zombies, Run! 5k Training on iPhone and iPod Touch. The update is available now and improves the look of the app. Much like the iOS 7 update we gave to Zombies, Run!

The update also squashes a bunch of bugs, including a crash which would occur if the screen was locked during gameplay. So if you’ve been having any trouble with Zombies, Run! 5k Training then hopefully this should put a stop to that. Just head on over to the App Store and check your updates tab to grab the new version.