Android fans, we know you’re patiently (and some not so patiently…) awaiting news on Zombies, Run! 5k Training for Android. We’ve been working really hard to get this out to you before the end of the year. You’ll be happy to hear that that hard work has paid off, as the game is now available to download from the Google Play Store for just $1.99. That’s 50% off for launch! 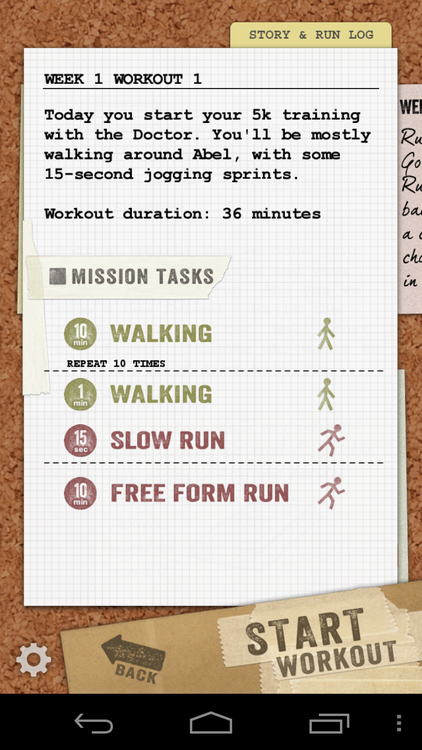 In case you’re unaware, 5k Training is set between Mission 1 and 2 of Zombies, Run! and chronicles Runner 5’s early training as an Abel Township runner. In more practical terms, it’s the perfect app for beginner runners to train up to running a 5k race. This is achieved through a professionally designed eight week training program, mixed with Zombies, Run!’s unique blend of storytelling. 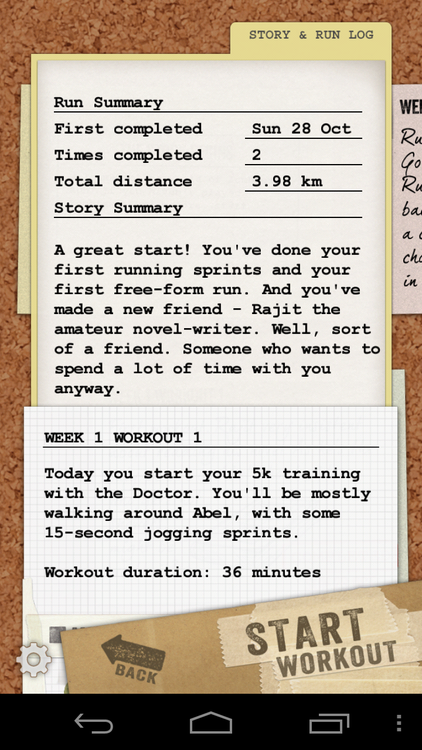 Zombies, Run! 5k Training makes a perfect last minute Christmas present and, with the New Year approaching, is the perfect excuse to add “start running” to your list of New Year Resolutions.

Zombies, Run! isn’t the only thing receiving a new look – we’ve also been working hard to improve and enhance our free ZombieLink service. Don’t worry, you won’t need to wait until the Spring to get your hands on ZombieLink 2.0 – it’s available right now!

ZombieLink 2.0 is a complete redesign and, we hope you agree, looks pretty stunning. We’ve laid out your run data in a much clearer format and the statisticians among you will be glad to see a dedicated stats page, which shows off your data in all sorts of varied graph forms. 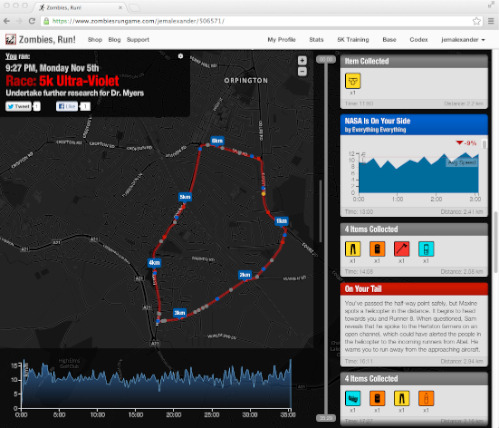 Run maps are clearer, look prettier and have improved timeline views and the monthly run log lists on your profile page allow you to see how you’re improving month-on-month. Not only that but you can now also delete (not just hide) individual run logs – perfect for those accidental 3-minute long runs which wreak havoc with your stats. 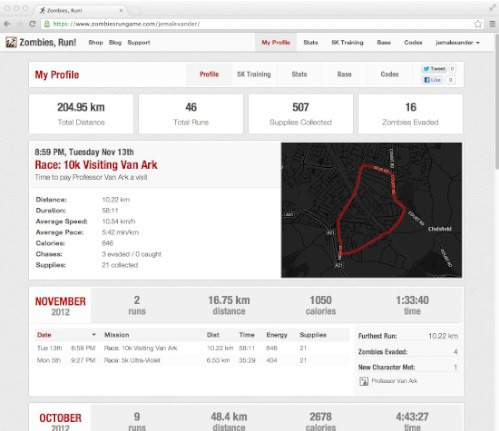 We’re also happy to announce that we’re releasing another oft-requested feature for ZombieLink: You can now export your run data to your RunKeeper account, so users no longer need to have both apps running simultaneously! You can also export the data in GPX format, for plugging into other mapping software, like Google Earth. It’s your data, we want you to use it in whatever way you see fit! 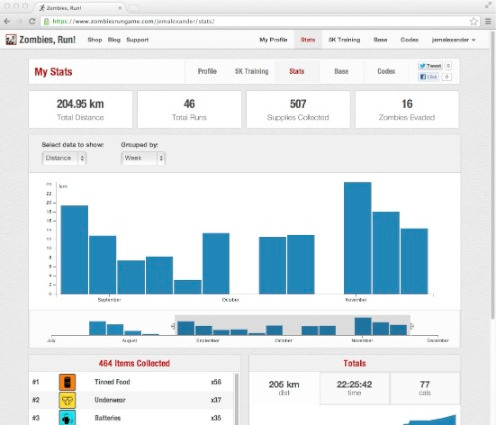 ZombieLink 2.0 runs a lot faster in your browser and we’ve also made efforts to make it completely compatible with mobile browsers. It looks great and works perfectly on most tablet browsers. We’ve also made some important behind the scenes improvements that mean we can update and enhance the website far faster in the future. 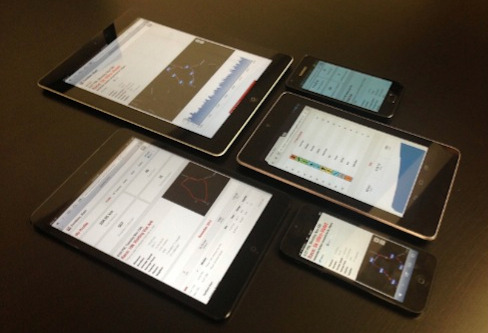 This isn’t the end of our updates to ZombieLink. We have lots more planned as we approach the release of Zombies, Run! 2 in the Spring. In the meantime, be sure to let us know what you think of the new design!

We’ve just released a new maintenance update for the Windows Phone version of Zombies, Run! This will fix a lot of problems users have been having with the app and will make it much more stable longterm. Bug fixes include:

Unfortunately, both financial and technical reasons mean that we can’t justify further time investment in the Windows Phone version at this point. It’s very disappointing for us, and was a tough decision because we don’t like to let our players down. Windows Phone users, we’re sorry, but for now it’s only viable for us to focus on iOS and Android.

After the success of Zombies, Run! – the world’s bestselling smartphone fitness game – we couldn’t leave our fans without a reason to keep on running. We’ve been working hard on creating a brand new season of the game, and we’re ready to open the door just a crack to let some information out. We can’t open the door too wide just yet – after all, the dead are inside.

Wait, what? Is this Season Two?

Yes! Zombies, Run! 2 continues the adventure we began in Season One – and we’re adding some exciting new features to the experience, including:

Don’t worry, we’re not changing all the things you loved about Zombies, Run! As Runner 5, Abel Township still needs your help, though the stakes are now much higher, the drama more intense, and you might have to doubt the loyalty of people you’ve considered your friends. You’ll find out more about the mystery behind the zombie plague, and you’ll learn that the events of Zombies, Run! were just the precursor – Zombies, Run! 2 is where it gets serious.

Zombies, Run! 2 will be an update to the current app, and we have some bold plans for the way we will be delivering new content to you – which will include a mixture of free and paid missions – and we’ll be talking more about that in the New Year.

Zombies, Run! 2 will be coming to iPhone, iPod Touch, and Android in Spring 2013.

Keep checking the Zombies, Run! Blog over the coming months, as we have a huge amount of Zombies, Run! 2 information to share with you. Get ready, because in 2013, we’re going to take you on an epic adventure.

Psst… If you’re waiting on news about Zombies, Run! 5k Training on Android – don’t despair! We have some good news coming for you very shortly… 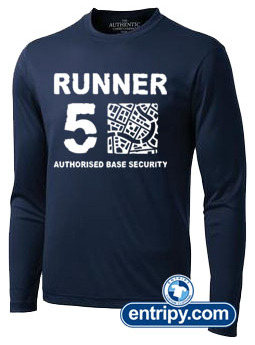 We don’t know about where you are, but here at Six to Start Towers, the weather has taken a substantial turn for the cooler. Luckily, we’ve just started offering long-sleeved moisture wicking tees in the Zombies, Run! merchandise store!

Long-sleeved wicking tees are available in both navy blue and forest green for $39.95. The perfect Christmas gift for any Zombies, Run! fan braving the elements this winter. Head on over to the store and check them out!

Additionally, we’ve made the Runner’s Guide available directly from our site, so if you’ve been having trouble getting hold of it recently, you should now have no problems doing so. It’s available in both PDF format and iBook format (for iPad) and it’s completely free! So get downloading.