We’re having a meetup on the 16th of December at the Queen Victoria Building (in the city) at 12.30pm until whenever.

Dress up in your Runner Five swag! If you don’t have any, don’t worry, neither do I. Come ready to discuss Zombies, Run! (as if we don’t do that…

We have another video for you today! We’re showcasing one of our favourite pieces of Jack and Eugene’s Abel Radio show: This Zombie Life. It’s a post-apocalyptic spoof of the excellent This American Life radio broadcast and it features at the end of our current run of Radio Abel content. In case you haven’t reached that far yet, or would like to listen to it again, we’ve stuck it in the video above for your listening pleasure.

With This Zombie Life, we’ve broken the fourth wall a bit and allowed ourselves to be transported to Abel Township for a short time. Sure, you’ll hear the story about how Sam Yao broke his axe handle, but you’ll also hear Naomi Alderman (Zombies, Run!’s lead writer), Matt Wieteska (producer and writer on the game) and Adrian Hon (CEO of Six to Start) give their own accounts of life after the zombie outbreak.

We’re looking to do more stuff like this in the future, as long as you guys enjoy it, so please let us know what you think!

It’s been a while since we asked you to send in your own voice clips for Radio Abel. Since then, we’ve integrated them into our Radio Abel scripts, recorded new dialogue for Jack and Eugene and added them to the game. You know, no big deal. We’ve got some left over for use in Season 2, and we may be asking for some more from you before too long – because we just can’t get enough of getting our community members into our game!

In case you haven’t heard any of this new Radio Abel content (there’s a lot of Jack and Eugene to get through nowadays!), we’ve put together a video showcasing one of our favourite Radio Abel episodes, which includes some of your lovely voices. Check it out and let us know what you think; we love to hear from you guys.

An incredible piece of Zombies, Run! fanart! We absolutely love this!

This is a guest post by our intern, George Lewkowicz (closet statistician)

We want to make everyone better runners. With Zombies, Run!, we realised that we are collecting hundreds of thousands of runs with speed and music data. There have been several scientific studies trying to find the best music to improve a runner’s speed by analysing a track’s speed in bpm (beats per minute).

When I saw the huge amount of run data we have, the inner statistician in me came out, and I realised we can finally settle this debate once and for all! Using simple multi-variate analysis we sought to identify any common relationships within the data and, ultimately, find the top thirty tracks that seem to improve a runner’s speed when playing Zombies, Run!

The headline news is that 140bpm IS statistically significant (as found by some other studies). In other words, running to songs with 140 beats per minute will make you run faster. Here’s the relationship:

Other studies have suggested that this is linked to your running gait, because 140bpm is roughly the same pace that the average person runs at. The reason for the other peak at 70bpm is that it’s half of 140bpm, so you get a beat with every other step you take.

Now, before you get excited, a 140bpm playlist will not suddenly turn you into a brilliant runner – it only speeds you up by about 0.36%. Compared to the 2.1% speed-up we’ve found when players are running during their first song – and the 3.4% slow-down during their last song, it’s not a huge amount.

But we did find a secret that could improve your run: some specific tracks in our database seem to hugely improve running speed. We think it’s all about being uplifted by the track; some songs just have that oomph that drive you forward. So without further ado, here’s are the statistically-evidenced songs that will make you run faster!

(Of course, your mileage may vary…!)

Want to know all the details? Read on…

BPM for each track. There is NO good place to get this data from the web. The majority of our track data came from http://www.cs.ubc.ca/~davet/music/bpm as this allows us to retrieve it in the most downloadable form, however we also used www.djbpmstudio.com and www.bpmdatabase.com.

Even so we couldn’t find the bpm for the majority of our track data, particularly newer songs. We only used the data for which we had bpm (though this requirement was removed for the calculation of the top 30 tracks). It was then filtered further removing tracks where a user was running either a third faster or slower than their average rate for the runs as to remove people using interval training. Tracks where a zombie chase was initiated were also filtered.

Multi-variate analysis was used trying several relationships to bpm. This means we allowed for other reasons as to why a run could be faster, for example the position of the track in the run, and removed the effects when looking at the bpm relationship that we were interested in. 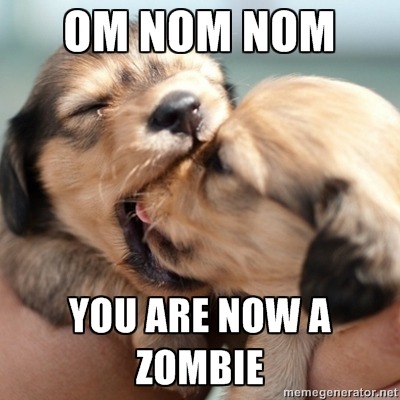 The t-statistic (a different measurement of probability used for smaller datasets) was considered, but it was felt that we had a large enough dataset that the difference between the two probabilities would be small, and that as we are looking for an ordering rather than a significance it was also irrelevant. All 30 tracks improve running time past a 5% significance level.

While every effort was made to be as statistically rigorous as possible, there are some obvious flaws in our assumptions. The comment section should not be a place to troll our statistics. The songs however should be attacked at will…